The 390th Bomb Group Memorial Air Museum is housed in the original wartime Control Tower of Framlingham, Station 153. It is a tribute to the endeavours of the 390th Bomb Group, 8th United States Army Air Force and other Allied airmen operating from bases throughout East Anglia, during the Second World War. We have links to the present day United States Air Force in the form of our Honorary President Colonel Derek Salmi.

In 1976, following 31 years of neglect, the derelict building was transformed during a five-year self-funded restoration project.

Today the museum houses a rare collection of recovered aircraft engines, uniforms, photos, documents, combat records and memorabilia. The Chapel Room houses a unique Veterans Wall, where returning airmen from the 390th and other local USAAF bases have signed their names. The Nissen Hut houses a recreated barrack room, showing the conditions the airmen would have lived in during the war alongside original artefacts. 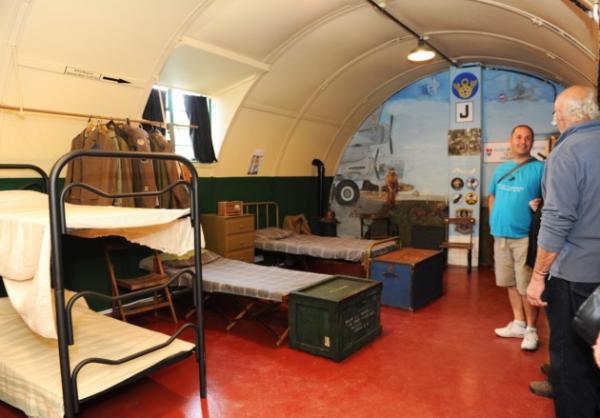