Home > News > Object of the Year Award- Please Vote for Ours!

Object of the Year Award- Please Vote for Ours! 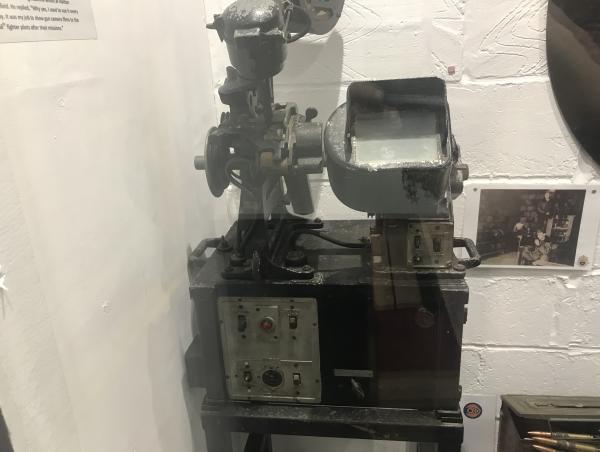 Parham Airfield Museum has entered an object for the Association of Suffolk Museums 'Object of the Year' award. The theme is 'hidden history' and the Museum's chosen item is its Walt Disney Film editor.  Please help us by voting for our object on the following page:-

More about our item...

This rather dull looking metal box might not initially look like a very exciting exhibit and we can understand how visitors may pass it by without much of a second glance.  We think it is rather a ‘hidden gem’; it played a very useful role in WW2 for Mustang and Thunderbolt fighter planes on missions.

This exhibit is actually a Walt Disney Photo Editing machine. Even before WW2 Walt Disney was entertaining thousands of children with cartoons and magical make-believe. However, with the arrival of WW2, the company was keen to help with the war effort. It used its technological knowledge to create this photo editing machine to help fighter pilots. Reels of film were taken whilst flying missions and these were analysed back at base to improve strategies for future operations.  Instead of enthralling children, the Magic of Disney was now helping win the war.

In 2002, the donor of this exhibit happened to meet Lt. Colonel Bob Miller who was based at Holton Airfield, where this machine was used. The aviation fan asked Colonel Miller if he had ever seen the machine whilst at the Airbase - to which he replied “Why, yes! I used to use it every day!”

By amazing coincidence, of the 3000 people based at Holton, it was Col. Miller whose job it was to use this piece of equipment.