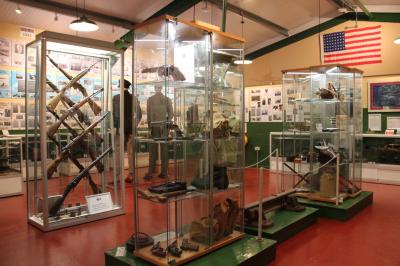 The Museum includes a rare collection of exhibits including photographs of the officers and men of the Auxiliary Units, information of their weaponry and original examples of the time pencils, fuses and crimping mechanism of the explosives with which they were familiar. There are also examples of dead-letter boxes and intelligence instruction dossiers employed by the Special Duties Section; and as far as possible practical details of the radio communications network installed by the Royal Corp of Signals.

The Museum is now the focal point nationally for Aux.Unit information and has benefited from the most willing and helpful co-operation from supporters throughout the United Kingdom. They have also been able to supply advice and information to the media whenever they have enquired, in an effort designed to produce accurate programmes rather than the over-dramatised and speculative work which had so often previously misrepresented the true role of the GHQ Auxiliary Units of W.W.II. 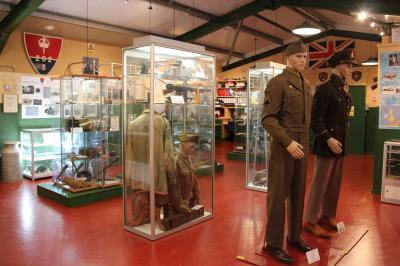 There is a reconstruction of an underground hideout used at nearby Stratford St Andrew, Suffolk.  The OB was officially opened on Sunday July 4th 2004 by the Museum's patrons, Lord and Lady Ironside.

Whilst the reconstruction has been built closer to ground level for ease of access and landscaped over, the visitor can still appreciate the cramped and dismal conditions in which the Auxilier worked.

Exhibits in the Bunker include beds, tables and memorabilia such as tinned food and explosives. The Nissen Huts house a collection of photographs, intelligence instruction dossiers, and original examples of the bomb-making equipment which they possessed.